the framework of excellence

To be our clients’ preferred choice when selecting a premier wall and ceiling contractor.

Northwest Partitions, Inc. (NWP), a full service union commercial wall and ceiling contractor specializing in metal stud framing, insulation, drywall applications, and painting was founded in 1982 by Rick Kahler, a veteran of the wall and ceiling industry. His vision was to build a drywall company that creates project value by consistently providing superior quality work and unparalleled service while keeping costs within the client’s budget. His relationships in the industry coupled with strong ambition fueled the company’s growth and development from the onset.  In 2018 James Kahler, Rick’s eldest son, acquired the family-run business  and continues to lead the company based on the same guiding principles.

The core values of quality and ownership are embraced not only by our union craftsmen, but by our management team as well. Our highly skilled team is committed to providing our clients with innovative solutions while delivering the project on time and on budget. This commitment to providing project value is one of the keys to our corporate success and growth. Our team is poised to meet all the needs of our expanding client base while pushing boundaries on collaboration and early technology adoption. Our goal is to be our clients’ preferred choice when selecting a premier wall and ceiling subcontractor. 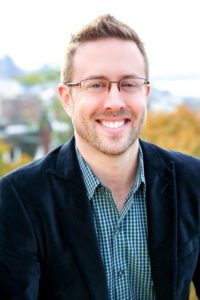 As a second generation leader and owner of Northwest Partitions, James brings a fresh passion for collaboration, technology and team building in an effort to drive the business to the next level while providing clients with world-class service. James is known for being meticulously detailed and thoughtful in all his pursuits and constantly works to enhance the company’s people, processes and products. He earned a Bachelor of Science in Construction Management from University of Washington.

James currently serves as Board president of the Northwest Wall and Ceiling Contractors Association and Trustee of the Western Washington Painters Defined Contribution Pension Trust.

James’ client list reads like a “who’s who” and has included Amazon, Boeing, Google, Kemper Development, Microsoft, Tableau, and University of Washington as well as numerous public entities and billionaires.

Outside of work James enjoys running, wine tasting, golf, and spending time with his family. 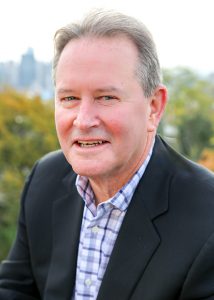 Rick, company founder, began his career in the wall and ceiling industry in 1976 and quickly worked his way up the ranks of a local drywall company prior to establishing Northwest Partitions. Rick focuses on estimating and project management duties as well as implementing our vision and strategies. He is deeply committed to building a culture that embraces safety, integrity, quality and elevating the client experience.

When Rick is not working he enjoys traveling, golf and spending time with his grandchildren.